The Hollywood Reporter has exclusively premiered the trailer for THE FOX #1. THR states: “This exclusive trailer for The Fox gives some idea of what to expect from the series, offering up a compelling (and just a little campy) tone in addition to some gorgeous artwork from Haspiel” 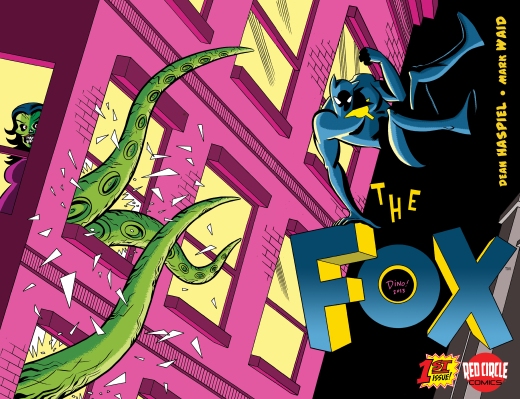 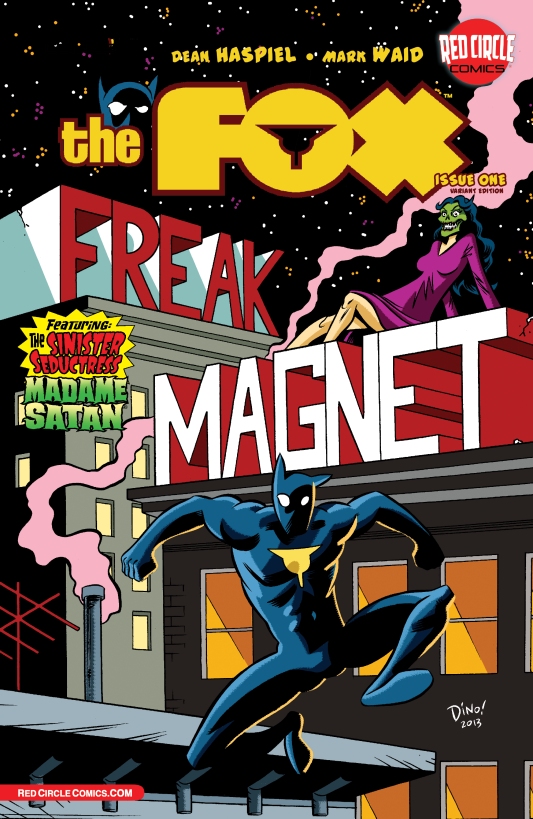 Issue #1 Running with the Foxes variant cover by Darwyn Cooke

NEW RED CIRCLE SERIES! From the world of the New Crusaders, comes the FANTASTIC debut of the high-flying FOX! Emmy Award winning writer/artist Dean Haspiel (Billy Dogma, HBO’s Bored to Death) and Eisner Award winning writer Mark Waid (Daredevil, Thrillbent) bring the legendary, pulp-style hero The Fox to life in “Freak Magnet, Part One: The True Face of MyFace”! When photojournalist Paul Patton, Jr. donned a super hero costume, he thought it would be a quick way to make some news—now the strange and unusual just can’t help but be drawn to the freak-magnetism of the fabulous fighting FOX! While working on a puff-piece at the Red Circle Gazette, an evil truth about social media mogul Lucy Fur is discovered, bringing Paul face-to-face with a criminal kingpin! Get in on the ground floor with the hottest new fall series featuring art and story from the biggest names in comics today! Including variant cover art from Darwyn Cooke and Fiona Staples! Get freaky!

Orders for the first are closing soon, so head to your local comic shop and pre-order THE FOX #1 ASAP!